The Foundation’s Board of Trustees met earlier this month in Seattle, Washington. The meeting took place on Saturday, March 25th, one day after the 2017 TESOL Convention ended.

TIRF’s programmatic activities have expanded over the past several years along with its positioning in the language education industry. The agenda for the Foundation’s meeting certainly reflected this growth.

It was announced at the beginning of the meeting that Dr. Nick Saville, Director of Research and Thought Leadership at Cambridge English Language Assessment, will be continuing as a Trustee. Dr. Saville will serve on TIRF’s Board of Trustees for an additional three-year term. One of the important ways he supports TIRF is through his membership to the Foundation’s Research Advisory Committee. We are thrilled to have him continuing in this important role on TIRF’s Board.

A range of topics was covered during TIRF’s spring meeting. For example, updates on the TIRF-Routledge Global Research on Teaching and Learning English series were delivered by Kathi Bailey and Ryan Damerow. The series has now resulted in four publications to date, including most recently on Digital Language Learning and Teaching. The fifth installment of this series is expected February 2018 and will focus on the topic of language planning and policy in educational contexts.

Several other topics covered during the meeting included updates from the US State Department’s Office of English Language Programs (Jennifer Uhler), the British Council (John Knagg), and a recap from David Nunan concerning the TESOL Summit, which was held last month in Athens, Greece. In addition, Trustees Kathi Bailey and Jodi Crandall provided information about the upcoming TESOL-TIRF Research Symposium.

Also of note, we officially welcomed TIRF’s new Vice President, Dr. Jun Liu (Vice Provost for Global Affairs, Dean of International Academic Programs and Services, and Professor of Linguistics at Stony Brook University). He is charged with the vital responsibility of advancing TIRF’s development and partnership efforts. We are excited to be taking this important step in furthering TIRF’s organizational presence in language education, as well as the impact we hope to make on many critical issues in our field.

We are ever grateful to our colleagues at the TESOL International Association for providing us with space to hold our spring meeting. This important contribution helps TIRF limit its administrative costs. Lastly, we would be remiss if we did not point out the incredible support of our Trustees and their sponsoring organizations. TIRF does not pay for its Trustees’ travel or lodging expenses. Many thanks to everyone who helps to make our possible! Several photos from TIRF’s Board meeting are included just below. 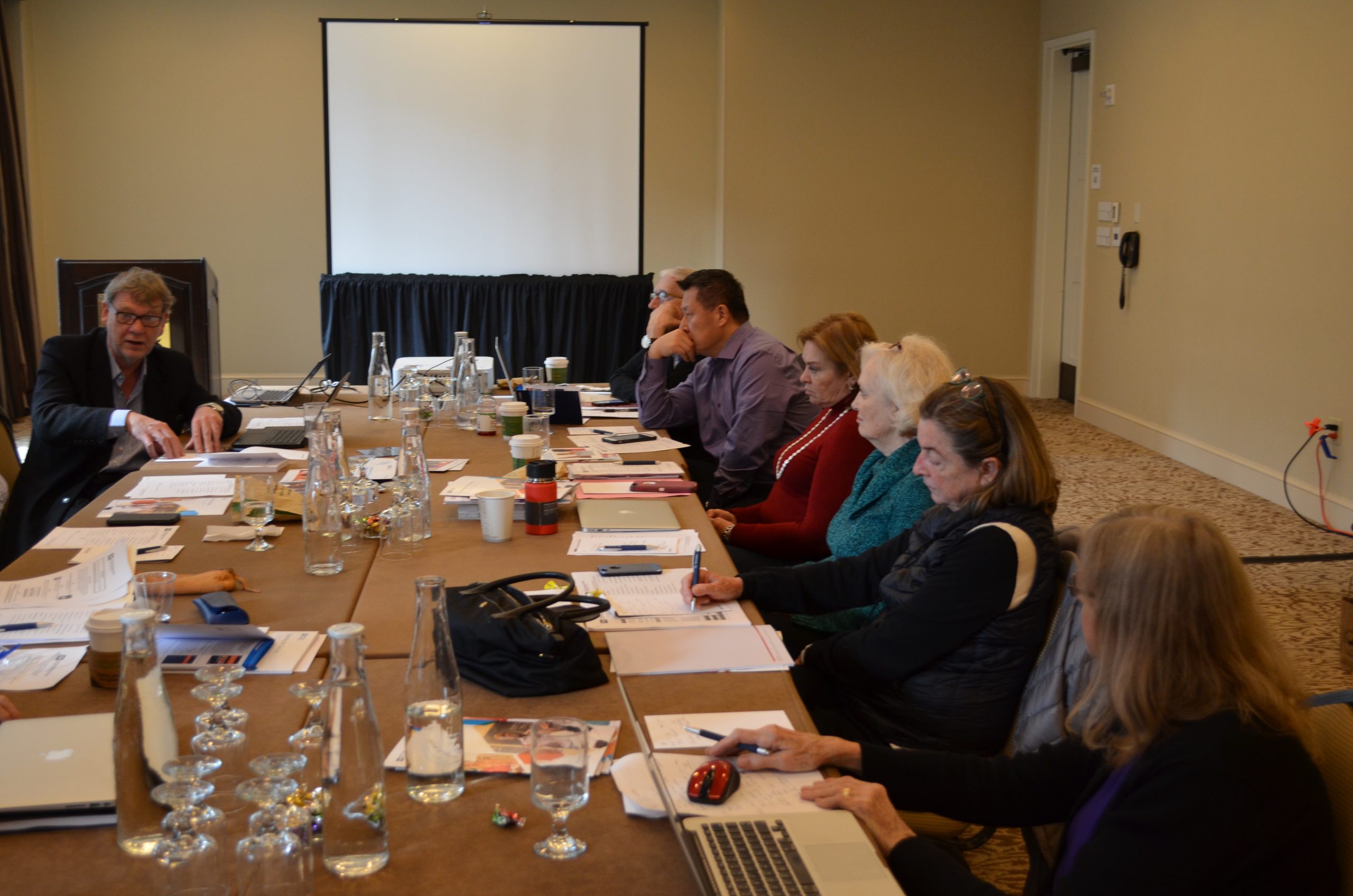