Back To Resources Resource Type: Tag:

In this interview with TIRF, Dr. Fatima Esseili, a 2009 Sheikh Nahayan Fellowship recipient, talks about the research findings from her doctoral dissertation, and explores research initiative with which TIRF could be involved.

TIRF: Your dissertation was entitled, “English in Lebanon: Implications for National Identity and Language Policy,” provides a sociolinguistic profile of English in Lebanon. What were some of your major findings?

Dr. Esseili: I would like to highlight five major findings from my research. They are as follows:

TIRF: Based on your research, what language policy changes would you recommend in Lebanon? 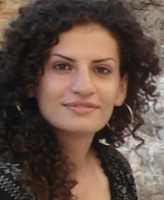 Dr. Esseili: There are a number of language policy changes that could be done. First, the government could encourage the use of Arabic more. Currently, the language policy indirectly encourages the use of foreign languages at the expense of Arabic. Students in schools are not able to function in all domains of Arabic, and teachers in some private schools are forced to use foreign languages to explain Arabic texts. In addition, the Lebanese youth use a mix of languages when they speak because they are unaware of any Arabic equivalent for the word they would like to use. Also, using a mix of language is a sign of status and an identity marker since young people believe that only the Lebanese speak that way and are unique. Another recommendation could be related to textbook choice, teacher preparation, and teaching conditions. Textbooks must be adapted to the local context. Teachers believe that the textbooks currently used do not prepare students for official exit exams, and students are not encouraged to use foreign language for communicative purposes. In addition, the challenges listed in number 5 of the findings (above) affect teachers’ motivation to teach and their willingness to contribute beyond the materials they are provided. Lack of government inspection and support in public schools adds up to teachers’ lack of motivation.

Dr. Esseili: Ideally, language skills and cultural knowledge, among other things, play a role in peace and opening bridges of communication with other cultures. However, in the Middle East, the situation is complicated and other things need to be solved before we are able to achieve peace. In terms of education and languages, there’s inequality. There’s inequality in acquiring foreign languages and in access to education in the Middle East in general and Lebanon in particular. There’s inequality in terms of hiring qualified individuals. Even if such individuals get into important positions, they’re often not allowed to make significant changes. Favoritism and nepotism are two major ailments that the Middle East suffers from. The problem in Lebanon is not that we are not educated enough to be able to achieve internal peace. It is a multicultural society, and many people speak two or three languages. The problem is with the entire sectarian system, and with the fear of the other that political leaders have been infusing in the hearts and minds of the youth. We don’t have citizenship education, but unfortunately we have good sectarian education. This is how our future generations are raised: with sectarian spirit where one’s sect and political party are more important than one’s country. Of course there are exceptions, but I am talking about the general trend. It is when you change the education system to make it inclusive rather than exclusive, when you unify history textbooks, when you focus on citizenship education, when you create equality in opportunities, and when you start focusing on similarities while acknowledging differences that we might achieve peace.

TIRF: If you could influence TIRF donors, what kind of research initiatives would you like to see TIRF support?  That is, what topics do you think are most important to investigate?

Dr. Esseili: I would like to see more support for research related to public schools and universities, and teacher preparation. I would also like to see more support for research that aims at designing local curricula and creating foreign language textbooks (with authentic materials), rather than importing curricula (and universities, as is the current trend) and textbooks from the US or the UK and implementing them without adaptation to the local environment. Finally, the status of Arabic is deteriorating in many venues in the Arab world. This is partly due to associating Arabic with Islam and implicitly (and sometimes explicitly) associating the latter with terrorism, and partly due to the rise of the US as a global power and the spread of English as a world language. Of course there are other equally important reasons related to lack of local education initiatives. I believe that research that addresses all these issues is important.